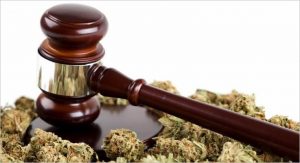 Across the country, providers and patients are notating a rise in illnesses associated with prolonged use of marijuana. What is now being identified as cannabinoid hyperemesis syndrome, or CHS, is caused by heavy, long-term use of various forms of the drug.

One man reported having severe abdominal pain and vomiting. His physicians couldn’t find a cause of the symptoms. An emergency room physician identified it as CHS.

“They’ll often present to the emergency department three, four, five different times before we can sort this out,” said Dr. Kennon Heard, an emergency room physician at the University of Colorado Hospital in Aurora, Colorado.

“It is certainly something that, before legalization, we almost never saw,” Heard said. “Now we are seeing it quite frequently.”

In many states, the diagnosis is often missed. Partly because doctors don’t know about CHS, and also due to the fact that patients don’t want to admit to using a substance that’s illegal.

CHS can lead to dehydration and kidney failure, but usually resolves within days of stopping drug use. For unclear reasons, the nausea and vomiting are relieved by hot showers or baths.

CHS has only been recognized for about the past decade. As more states move toward the legalization of marijuana, providers hope that CHS will become more widely recognized for diagnoses, treatment and to avoid unnecessary ER visits.